Chiarenza & Hauser illuminate the possibilities art offers us to destabilize political power structures. The first crystallization point is the Teiser couple who collect artworks based on the color yellow and chair the Art Society (Kunstverein), the second is the mayor who is over six feet tall. In order to do justice to this constellation, the artists photographed each member of the Kunstverein against a yellow background together with his/her partner, whereby the shorter partner was stood on an object that made them one head taller than the other.
In a local paper the artists published the mayor’s height and called on Arnsberg residents to enrich the exhibition with articles that would allow them to tower over the mayor. However, only two such props were handed in. Chiarenza & Hauser placed these two articles in front of the wall installed by them, which ran through the Kunstverein and blocked the view onto the square outside, whereas the photographs were aligned along it. The ceiling behind this wall was lit by disco lights and stroboscope flashes that, via sensors, reacted to the street noise and the sound of feet in the exhibition room. The wall in the last room was painted yellow. It served as background for the photographic staging as well as for the video interview playing on a TV. In it the mayor answers, among other things, questions on early artistic talent and his collecting activity, on his height, kissing technique and other intimate details. 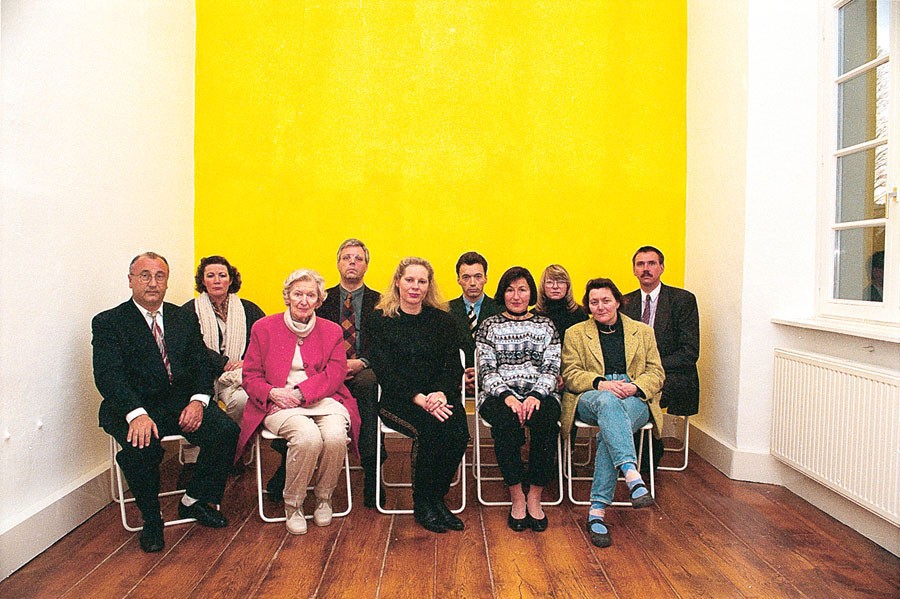 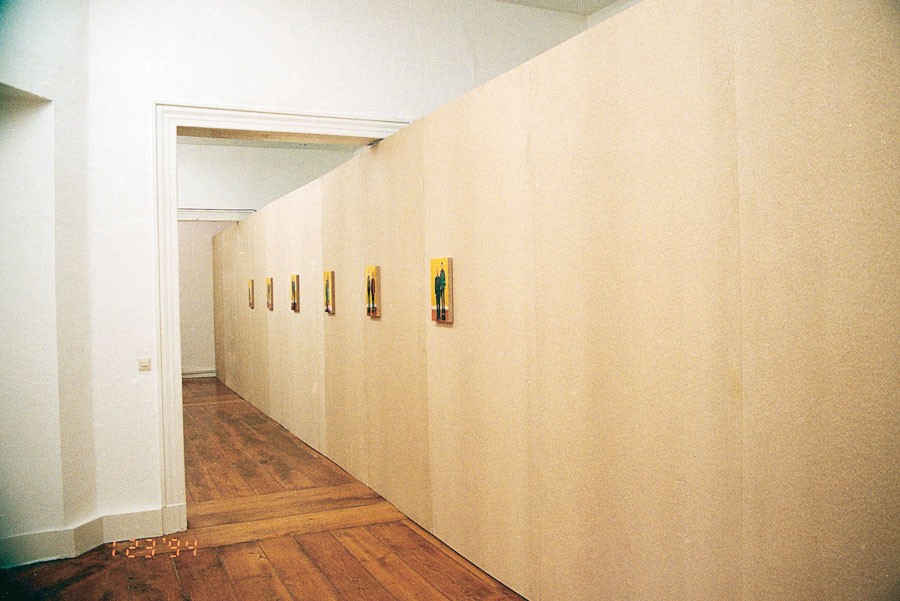