Saarbrucken was for centuries an apple of discord between Germany and France. In the city gallery, Chiarenza & Hauser took up the theme of the frontier border, in order to trace the interface between spatial and mental ruptures. Voices that became engaged with the question “What was your first emotional shock?” fill the room. The accompanying video the emotional shock, duration: 13'40", does not show the faces, but focuses on scarred cutting boards that those portrayed hold in their hands.

The complete interviews can be heard over the walkmans spread out on the tables. The interviewed persons also talk on art, money and values. Historical photographs of the city and the breadboards are placed next to each other.

The second video no title (city walk), duration: 8'13", shows extracts of an aimless city walk that entails accidental situations, underlining the public sphere as a field of splintered fragments. That the result does not necessarily show a thematic connection is also reinforced by the subdued noises heard from the outside world. These penetrate into the gallery through the open window, but cannot be identified because partitions have cut off an outside view. 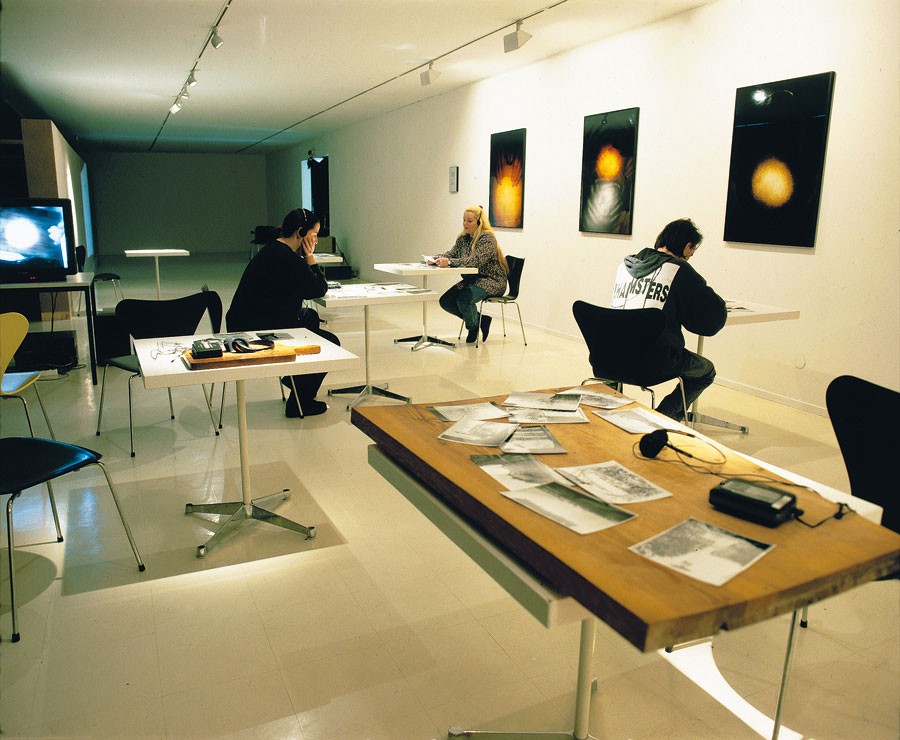