RELAX study the medial attention curve of the Art House Bethanien, located at Mariannenplatz in Berlin. In the early 1970s this art institute had been established in the former Bethanien Hospital against the will of left-leaning and social revolutionary groups.
On entering the installation parking avenir, we come across an architectural construction made of wood panels (a kind of enlarged model), which reconstitutes three rooms: the director’s office, a studio and an exhibition room. Small hatches allow us a view into the other rooms.
In the studio there is an arrangement of elements on the genesis of parking avenir: laid out on a table are a photograph of the worktable, test samples, sketches, blueprints. In addition, the studio has a hatch close to the floor that links it to the director’s office and through which exhibition catalogues are stuffed.

In order for visitors to enter the exhibition hall that contains this large installation including elements that reflect the life on and around the Mariannenplatz outside, they must walk around the outside of this wooden architecture.

The video 1. mai shows shots of the ever-recurring riots on May 1. On another monitor the video girls is shown, a scene filmed by chance in which two small girls quite happily trample on a rubber sculpture that represents a baby.

On the main wall the 10. mai is projected. We see a group of youths concentrating on performing meditative exercises before they take to throwing beer cans onto the lawn. The cans explode and the beer sprays out in yellow fountains.

The video revolution takes up the entire opposite wall, while the video leiter (ladder) is thrown on the front wall of the wooden construction where it shows Marie-Antoinette Chiarenza carrying a ladder into the picture. Daniel Hauser then measures the height of the ladder and marks it on the wall. Between the wooden house and the wall with the projection of 10. mai lies an imposing rubber carpet, which depicts the ground plan of the Mariannenplatz.

(Excerpt from a text by Susann Wintsch, in: we save what you give, monograph on RELAX, A project by edition fink through Verlag für moderne Kunst Nürnberg, 2006) 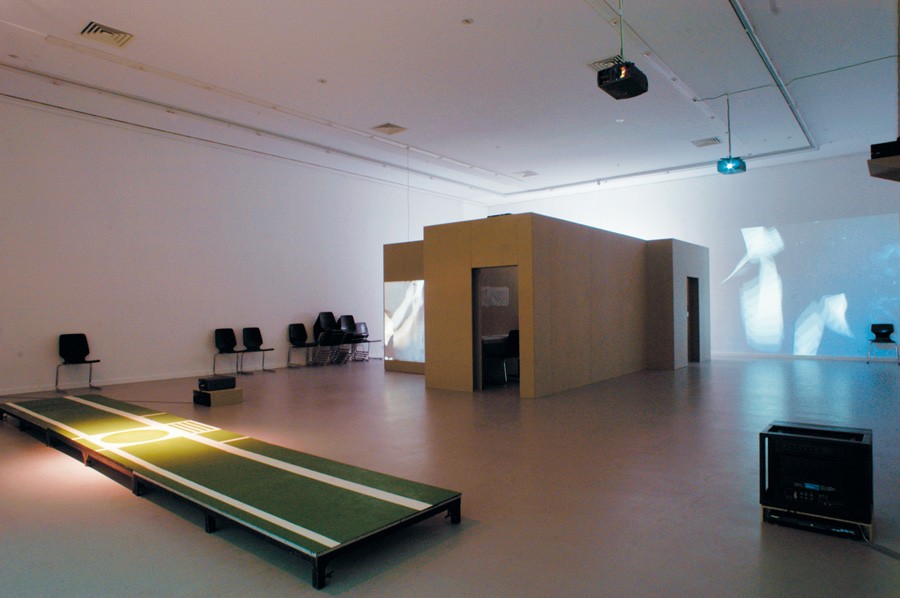 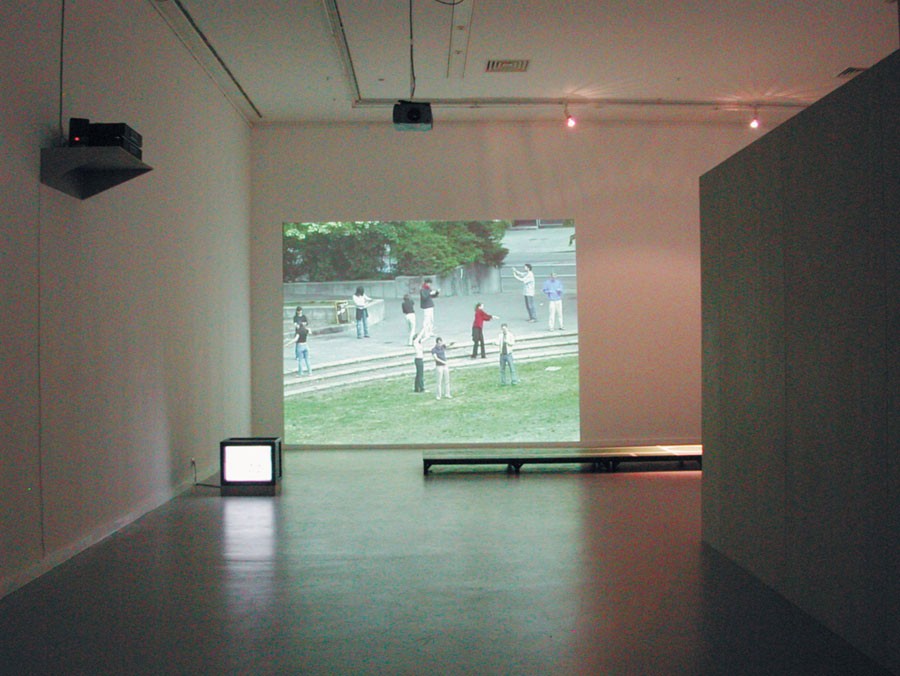 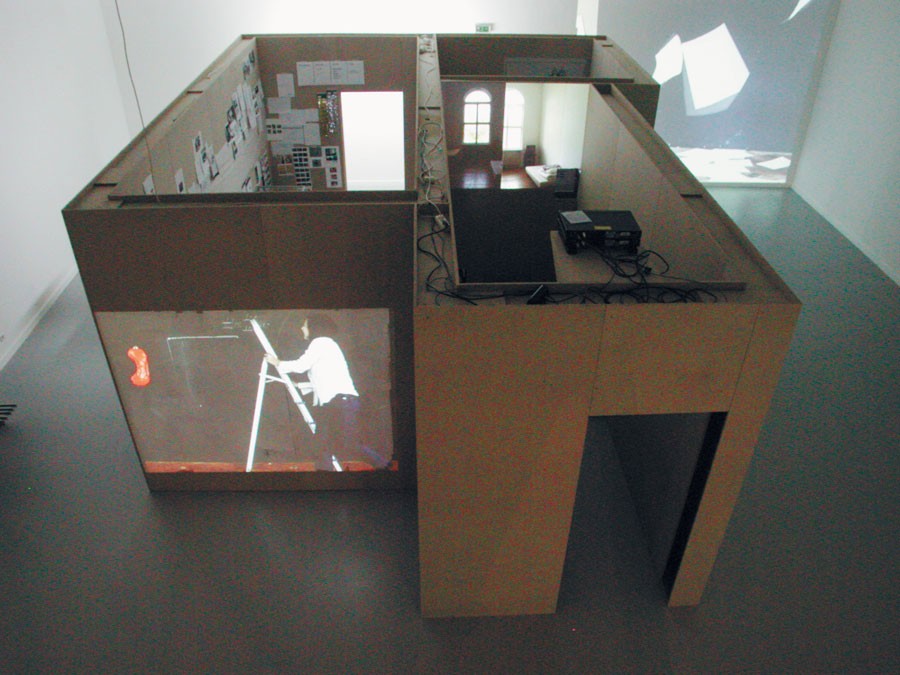 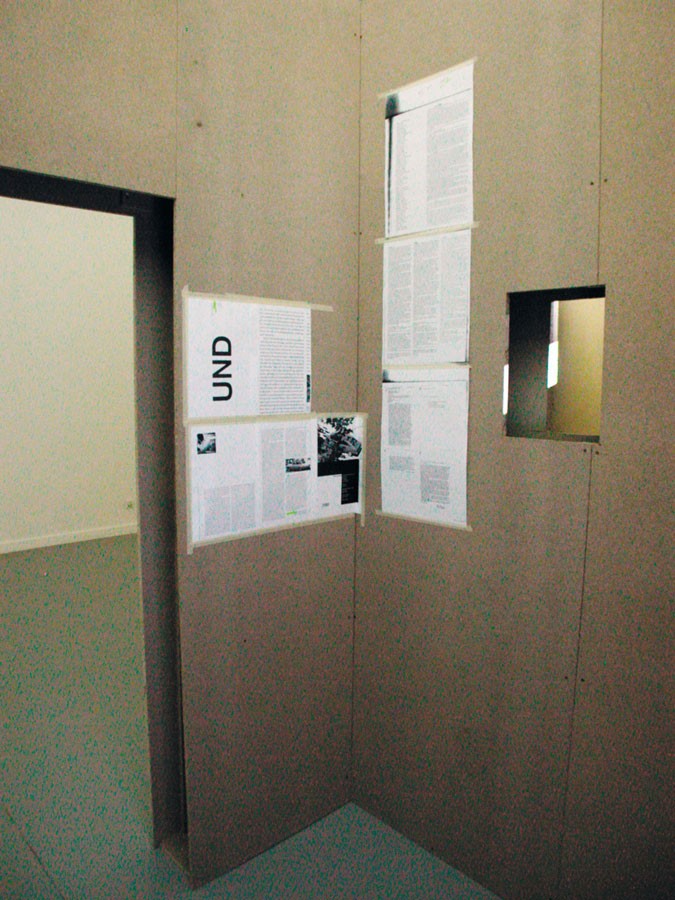 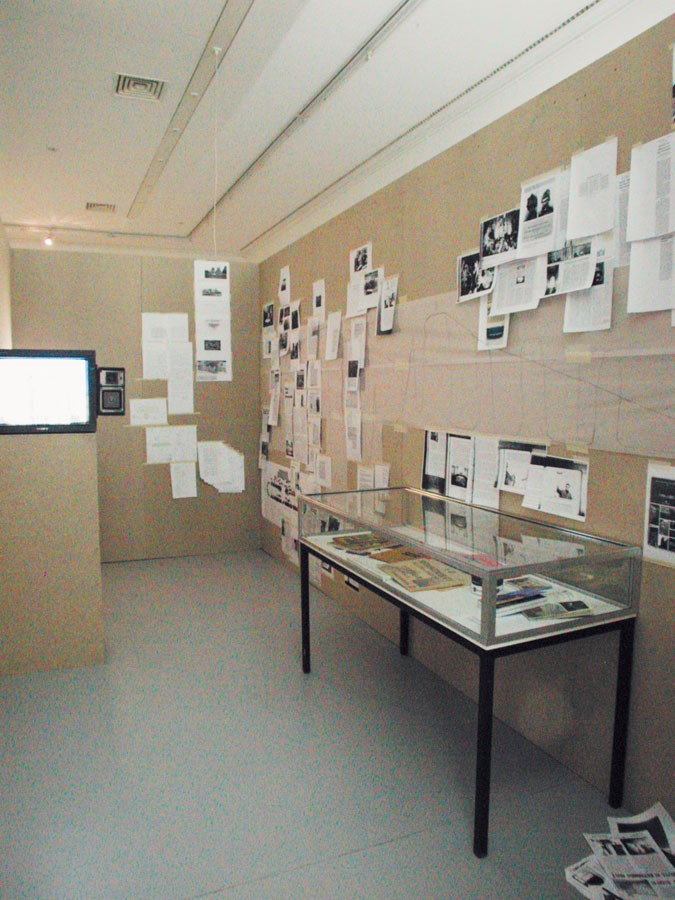 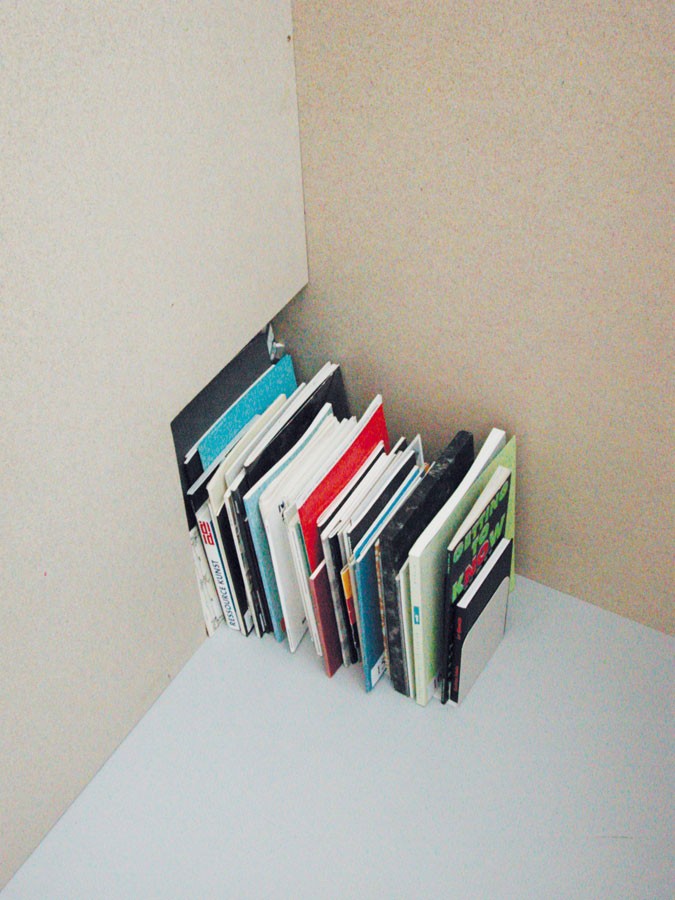 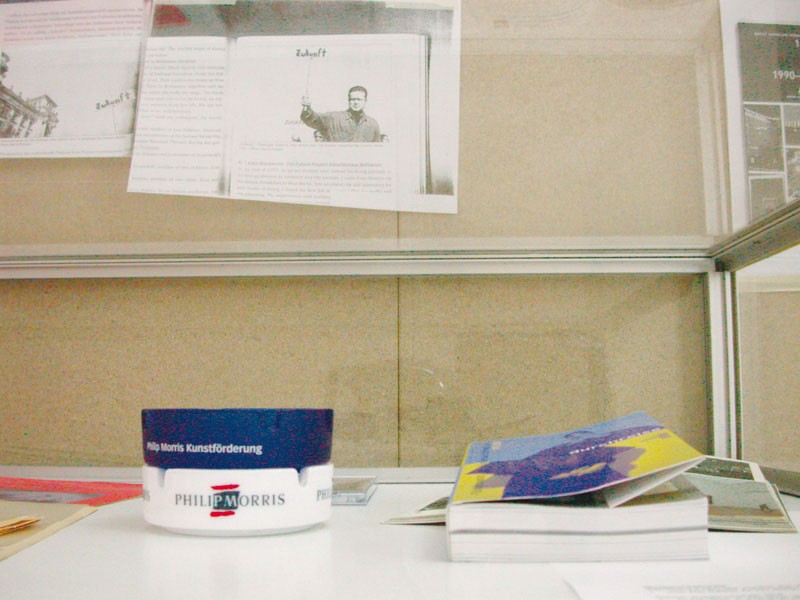 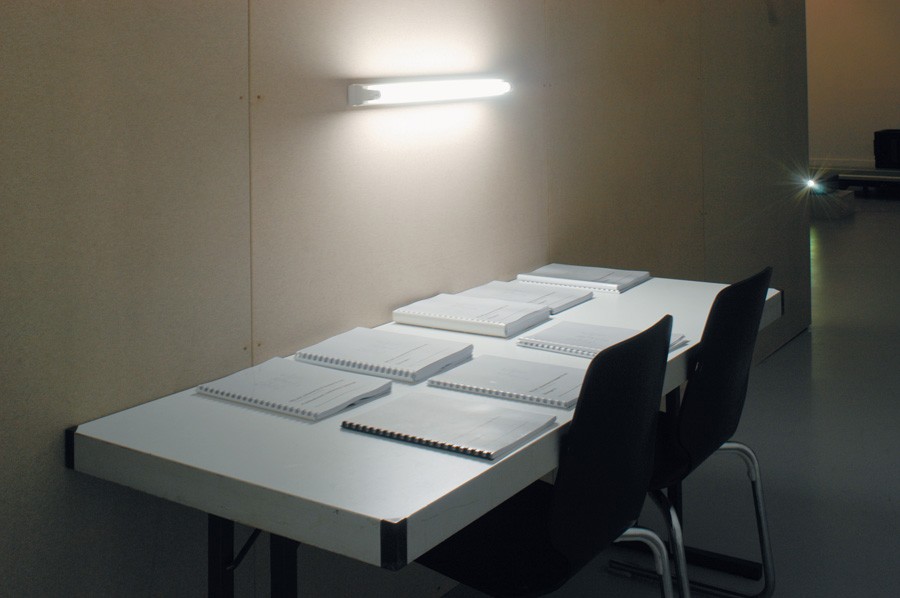 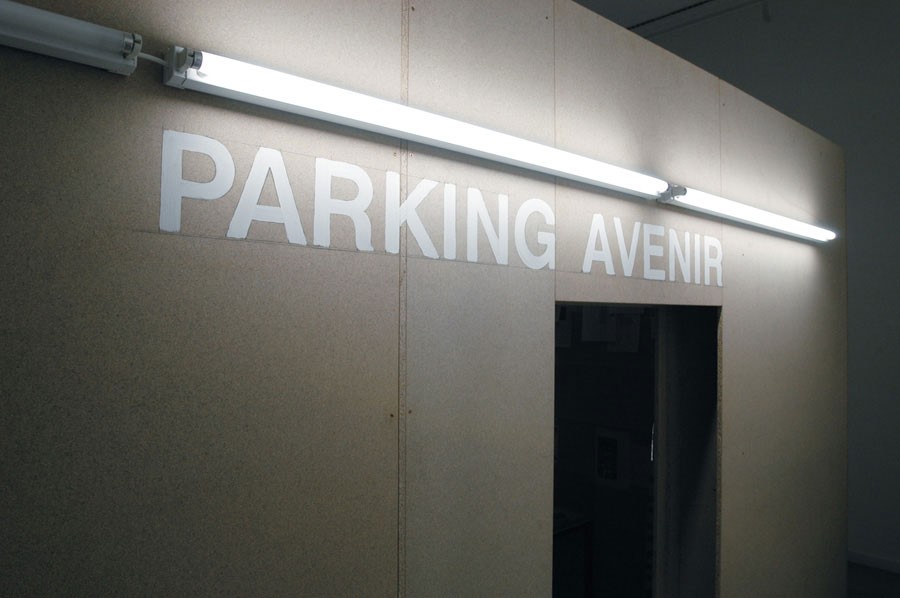