GO MIO. The secret rationale behind world culture, 2008
On the initiative of the curator Gerrit Gohlke RELAX participated in the tripartite research project “borderline“. In November 2007 and February 2008 they were invited to PACT Zollverein, located at the former Zollverein colliery site in Essen.

„borderline“ was about offering a sort of „test-drive“ for multidisciplinarity questionning possible functions that may be fulfilled by the arts. It‘s precisely on the territory of the former Zollverein colliery and coking plant (which were included in UNESCO‘s coveted world cultural heritage list in 2001) where contemporary art, dance and design inherited the task of developing visions which were once in the hands of politicians, architects,engineers and scientists: the transformation of the Ruhr region into a „creative superficies“.

RELAX engaged discussions on the economic and regional change with some cultural and social workers of the region, at the centre of the meetings a small loaf of coal bread was always present, the coal bread beeing an invention of a tavern in Essen. The artists stored all the materials they received or found in their newly founded Research Institute for Baking Smaller Bread Loaves.
. 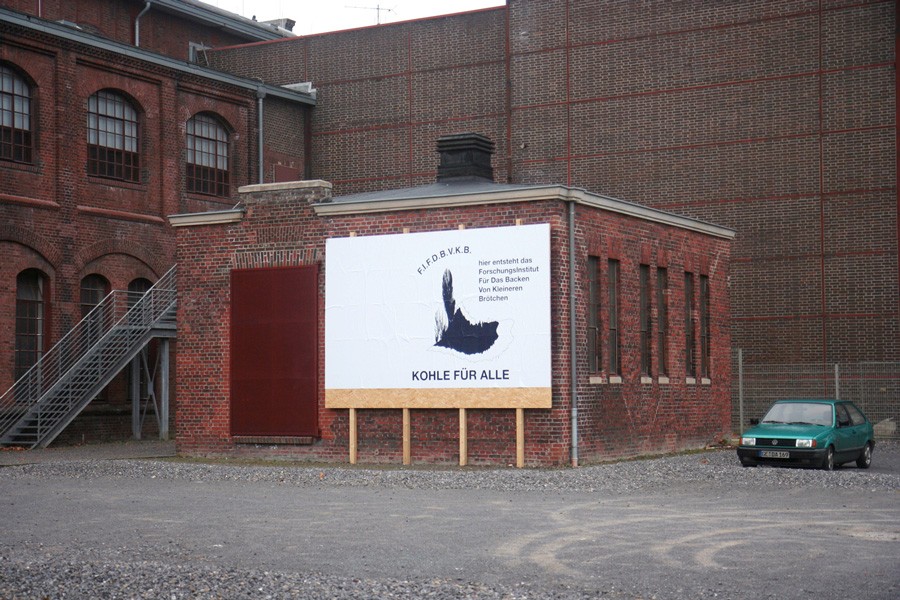 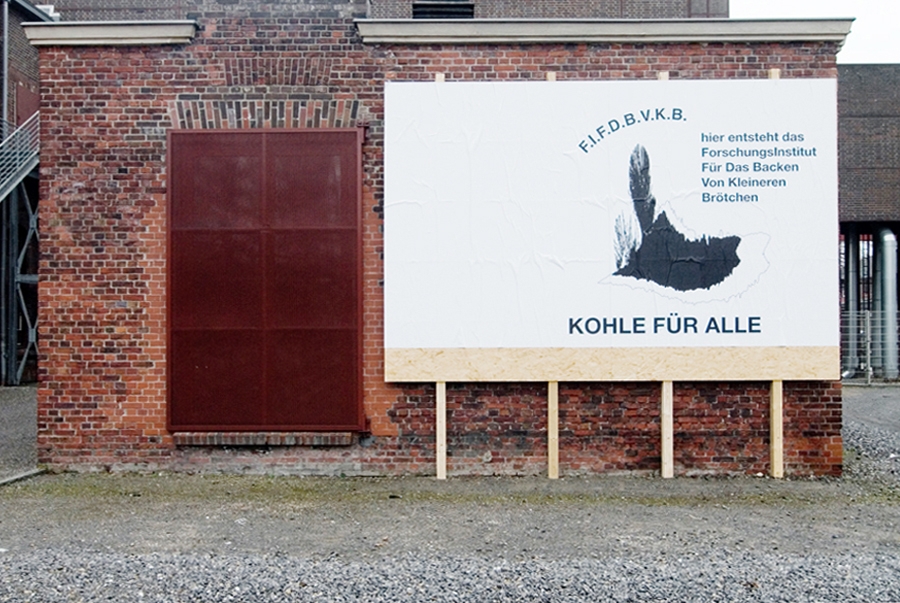