Chiarenza & Hauser analyze the order found in the art museum. They look to see if everything is in its place and remove, say, the ceiling panels in order to reveal the inner workings. They correct the hierarchically organized rooms by painting the print rooms in the same gray color that the artist Rémy Zaugg chose as the basic color for the large exhibition rooms. On the fourth wall, however, the gray paint breaks down, as if there hadn’t been enough to go around. To empty pedestals they affix rearview mirrors, in which viewers see their own reflections.

The artists accentuate the open room with its three entrances by displaying T-shirts in vitrines on which is printed the epigram: “Chaque oeuvre ouverte possède trois entrées” (Every open work has three entrances). Two monitors stand next to each other and show videos that are identical in design. Either Marie-Antoinette Chiarenza or Daniel Hauser dangles head-down on the screen, their faces covered by plastic masks. The background is made up of material from the seven die kräfte des schicksals videotapes and made even denser with added footage. The conversation parodies a eulogy to Les Levine without naming him. The fact that Chiarenza & Hauser make the person of the artist a plural entity unmasks the construct of a unique personality and thus ridicules any talk of several geniuses. 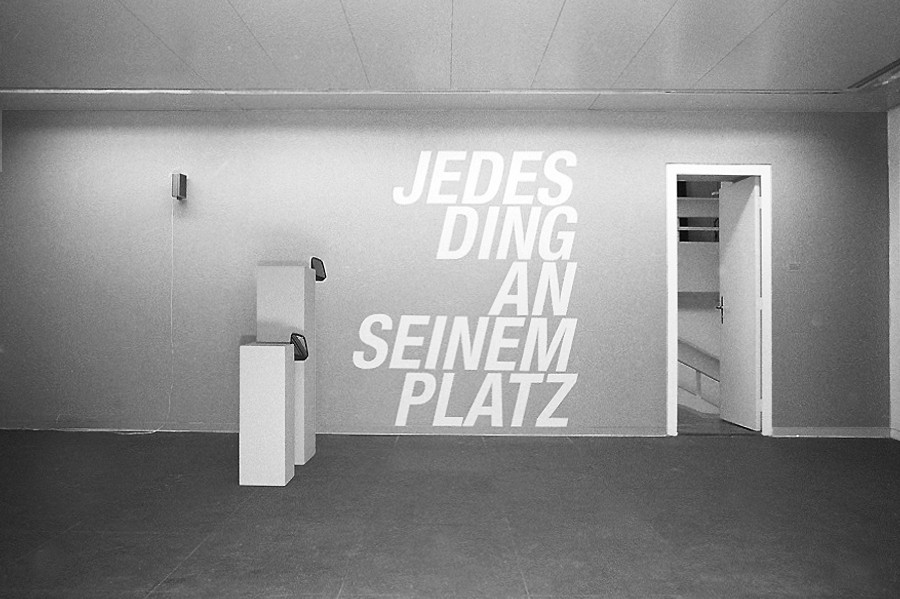 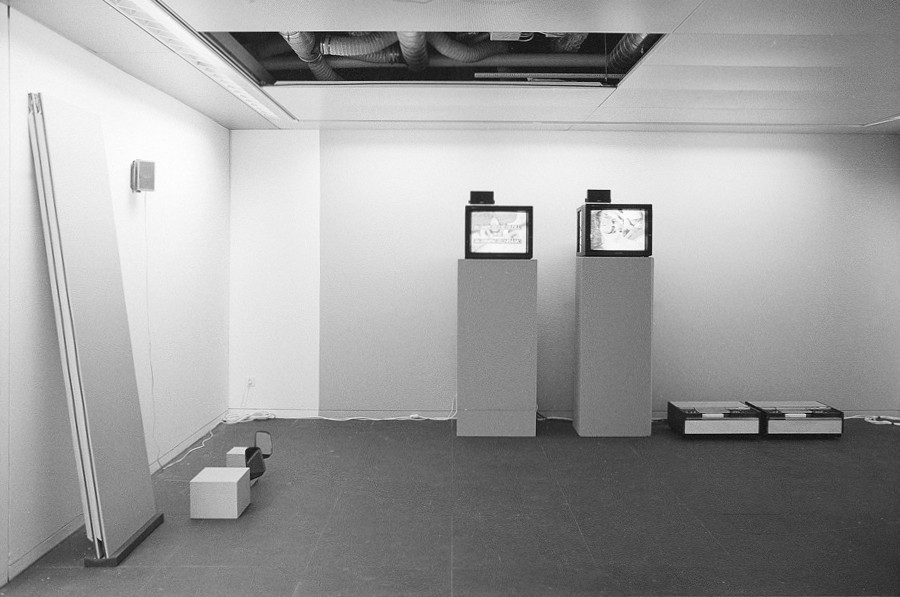 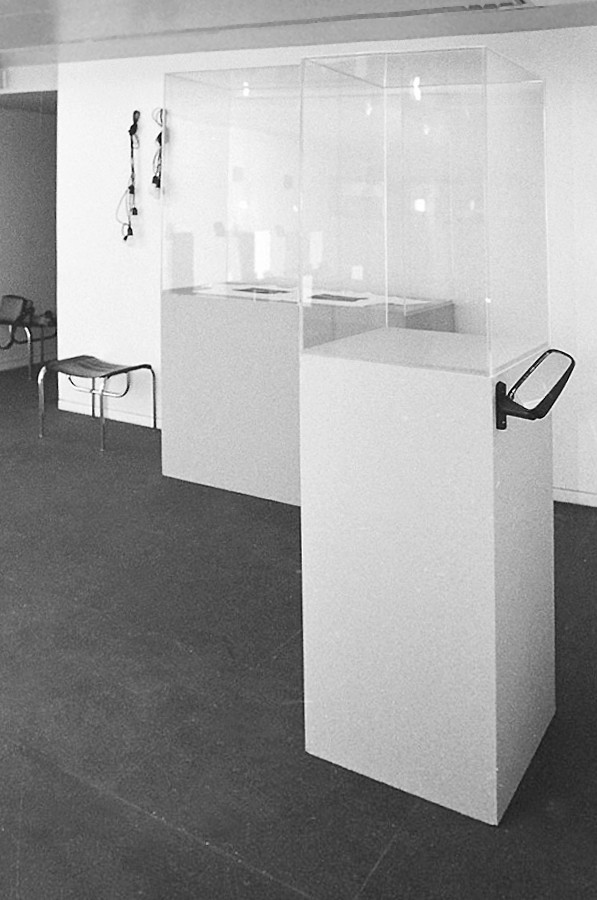 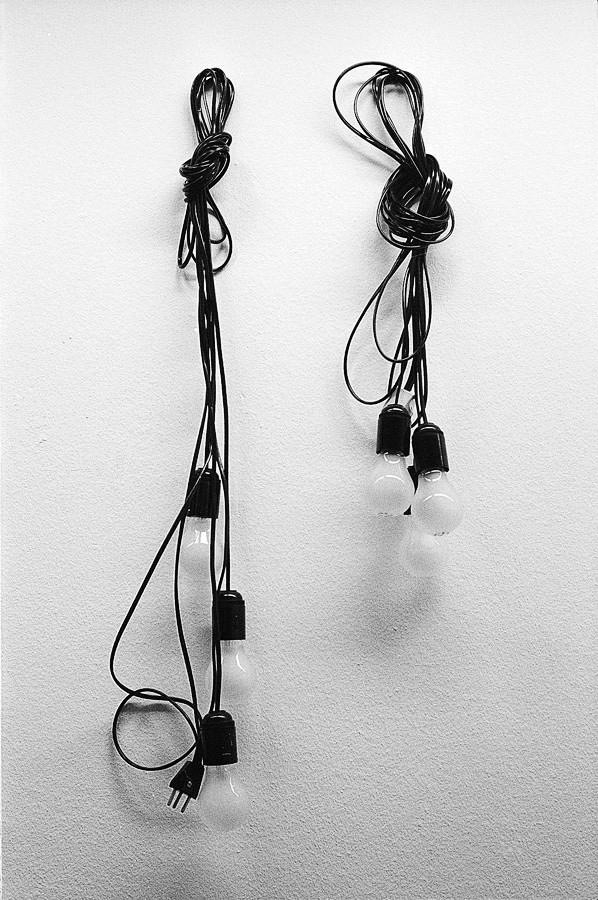