In the exhibition the bourgeois show, RELAX work on the invisible segregation lines that run through the locality’s climate zones. They draw the sea inlet that is shared by Swedish Helsingborg and Danish Elsinore onto the largest wall in Dunkers Centre and illuminate it in neon writing: who pays?.

The video on the boats of Helsingborg harbor show the lively ship’s trade between both cities. On a special table, into whose top three monitors are sunk at a tilt, another video alongside of boats is shown: RELAX interviews a member of the Centre’s staff and the mayor about private habits such as visits to the sauna, the city’s political and social situation, the relevance of culture and the war in Iraq. The third monitor provides a direct transmission of the cashier’s desk. The camera is directed at the cashier’s hands and the till. In the maps 2 video, the camera explores different city plans and maps, in order to study the changes in the population and town development.

From the center of the drawing of the inlet sketched on the wall, a chain of light bulbs cross the room and stop temporarily between the two windows that give a view onto the sea. One window is covered in an opaque film on which is printed the words economy class in green. The other window remains transparent, the words business class printed on it in blue letters. The garland of light continues its way outside and into a park in the city. There it delineates the borderline between the rich and the poor sections that the different interviewees indicated. On the affluent side, RELAX span a balcony with a blue tarpaulin printed with human rights. The text on the green tarpaulin on the opposite side reads consumer rights, since whoever is unable to sue for their rights should at least be able to consume. 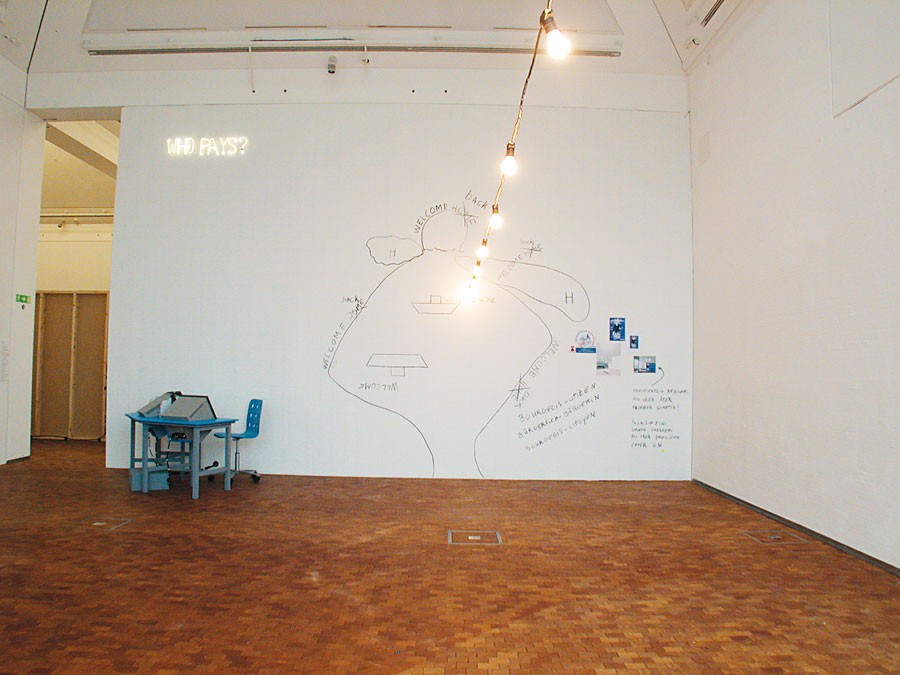 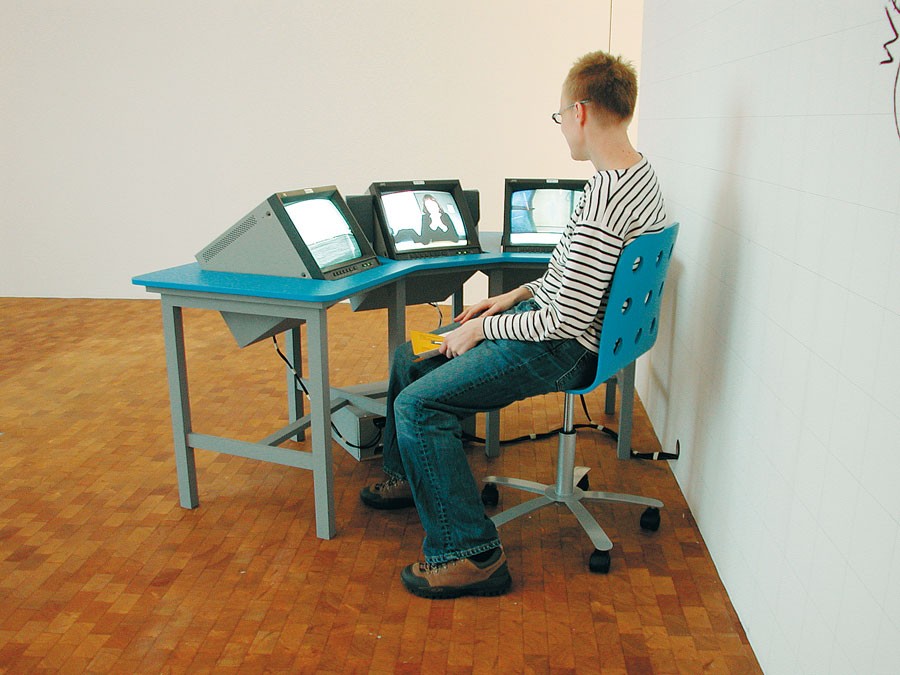 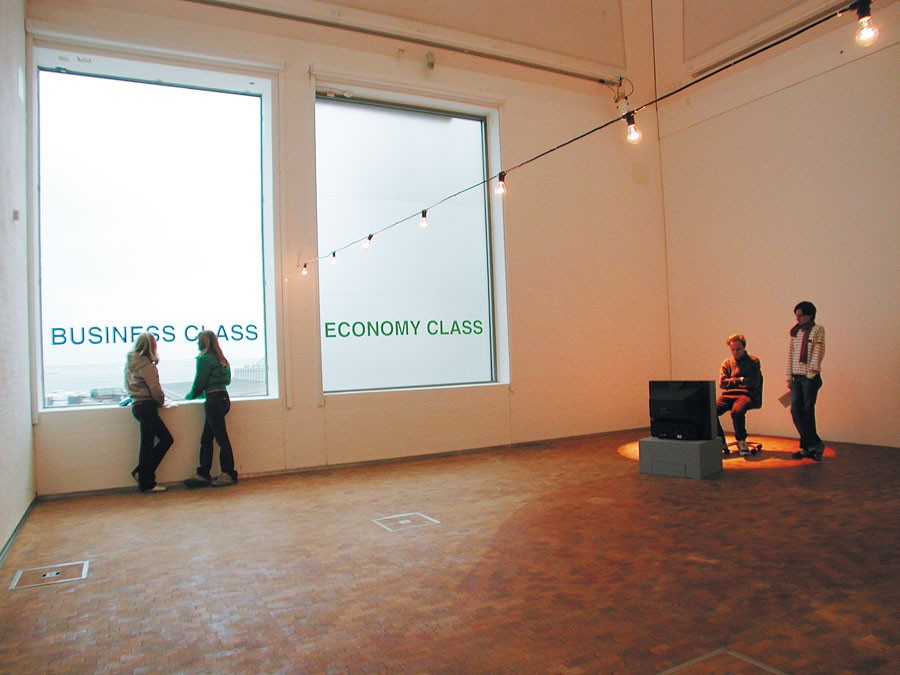 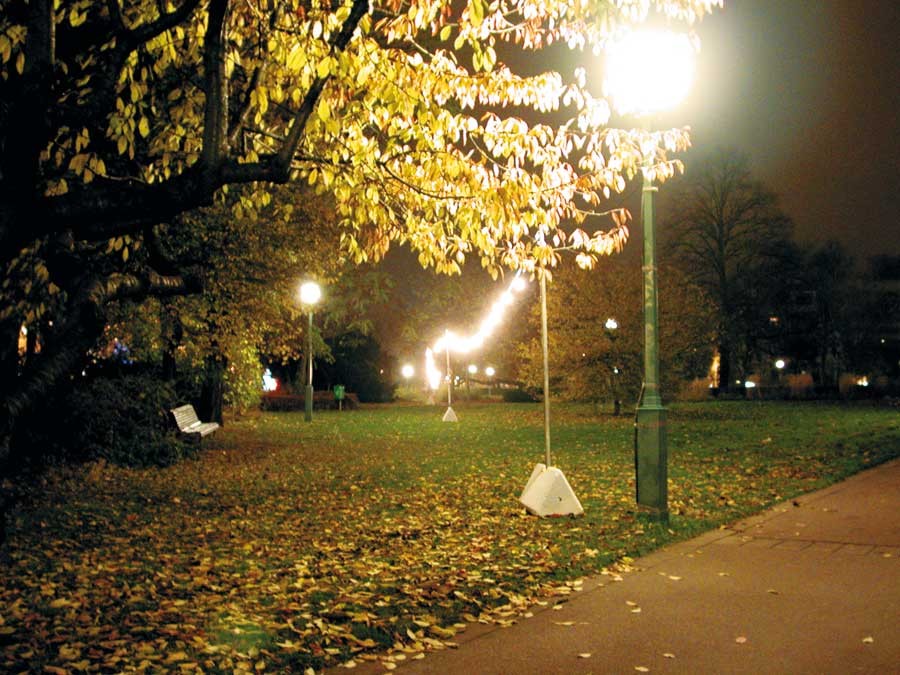 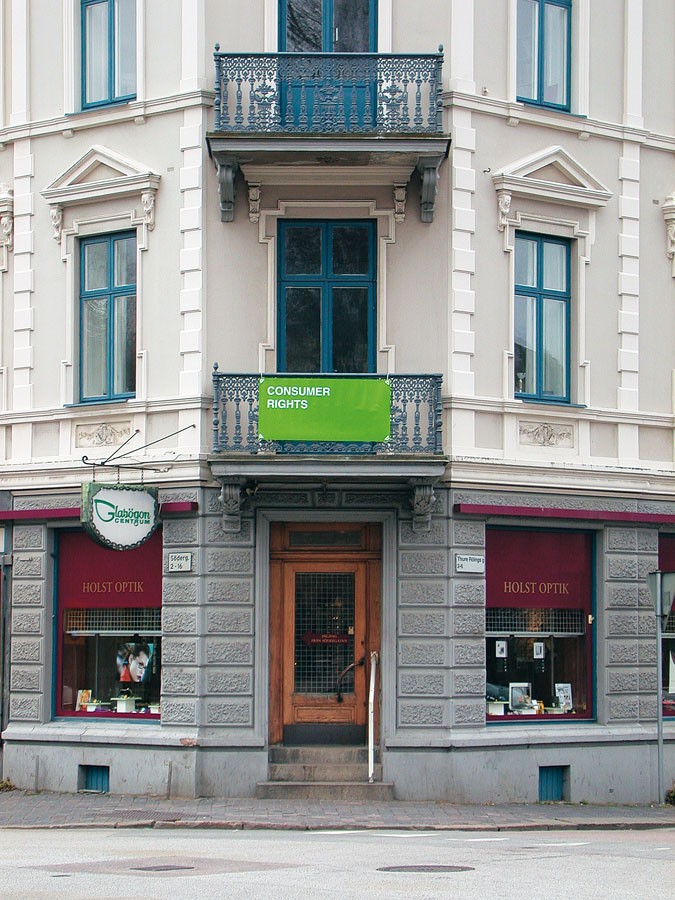 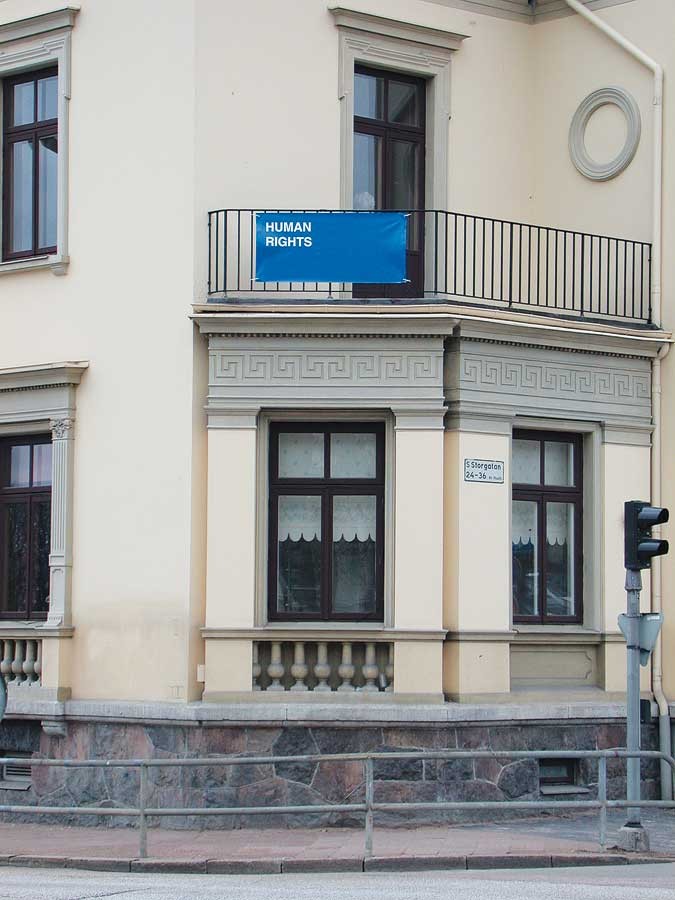