a word a day to be wiped away, 2014
Installation, in: Sinopale 5, Sinop Biennial Clusters and Crystals: Observing at Point Zero Sinop, Turkey. Curated by Melih Görgün, Dimitrina Sevova, Işin Önol.

In the entrance hall at the old post-office of Sinop, visitors are welcomed by a billbord which lists the words to be wiped away daily. The words to erase from the Turkish vocabulary have been given by different people, all citizens of Sinop. Some of the words contain a double meaning or stand for a specific sense which has nothing to do with its original meaning. Two examples: ‟drunkard” is used by the actual Turkish government to describe the secularists in the team of Mustafa Kemal Ataturk who designed the constitution of modern Turkey in 1924. The same goes for ‟monstrous” or ‟freak”. ‟Monstrous” or ‟freak” since 2006 there has been a sculpture in the Turkish city Kars close to the Armenian border that was commissioned by the former mayor with the intention to reconcile the citicens of Turkey and Armenia. The sculpture described as a ‟freak” has been destroyed in 2011. At the end of the hall the visitors can see a wiper-machine moving a yellow cleaning rag. The rag is slowly erasing the word of the day.

A grey table and some elements are placed in the middle of the entrance hall. On the wall, one can read 11 different translations of the wealth manifesto (formulated for what is wealth? at Cornerhouse Manchester/uk in 2010) from English to Turkish, realized by a group of women and men who attend English lessons in a self-organized school in Sinop. Some photos of the translators and the original texts are presented on a table. They are pinned down by drinking glasses.

In the newsroom, which is a room next door to the entrance hall, some time can be spent with the newskebab (heep collected newspapers since the start of the arabellion in 2010 until the desicion on the new constitution in Tunisia in 2014) and the videos nose (2003) and reservoir news (video, 2009).
. 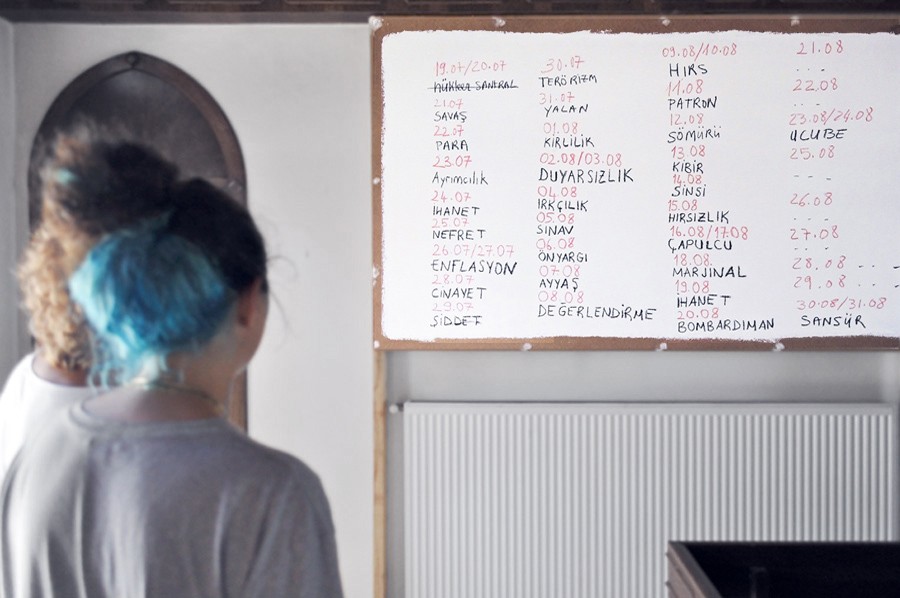 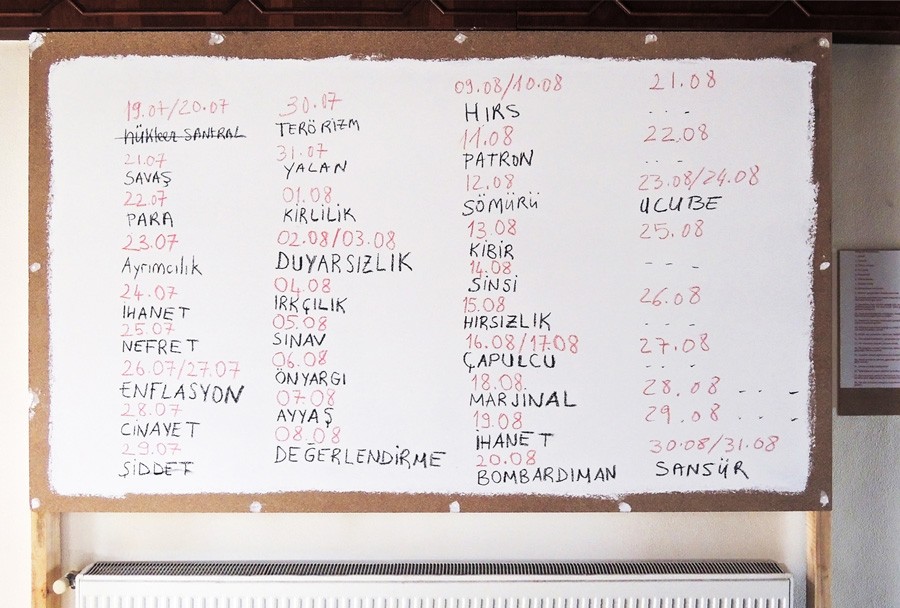 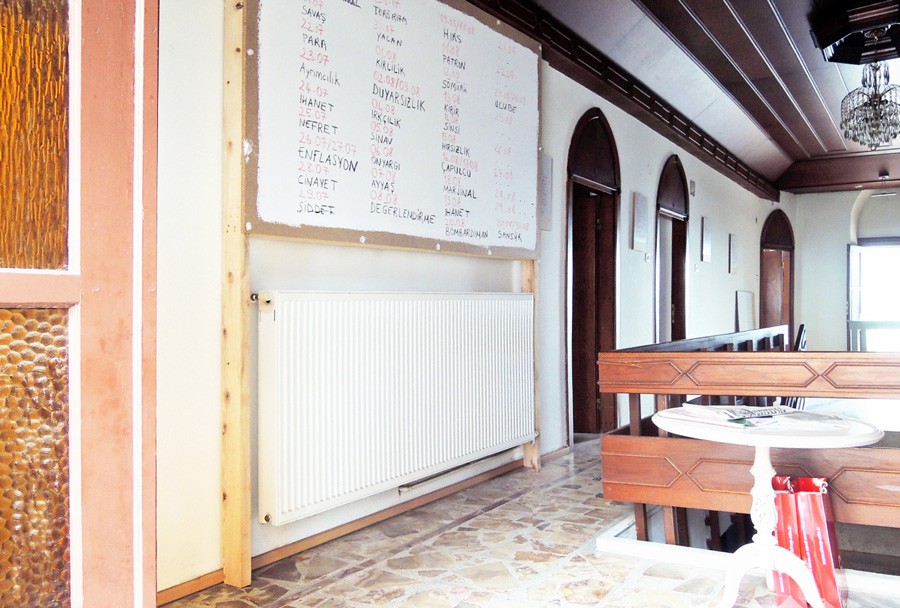 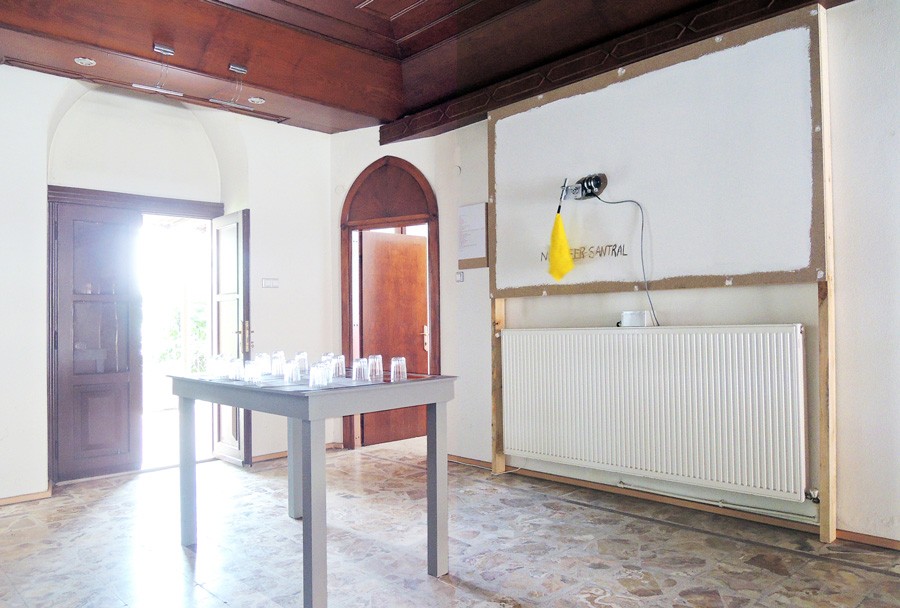 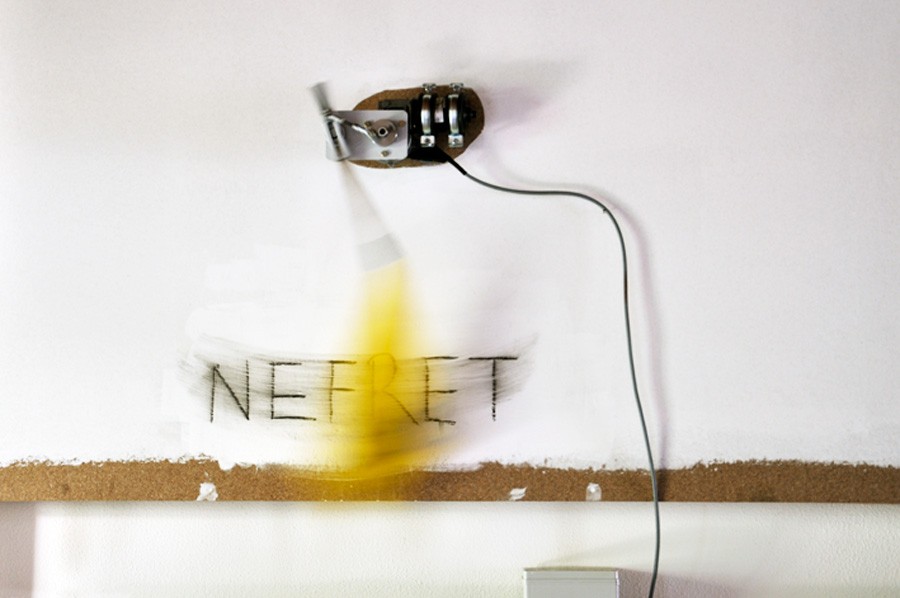 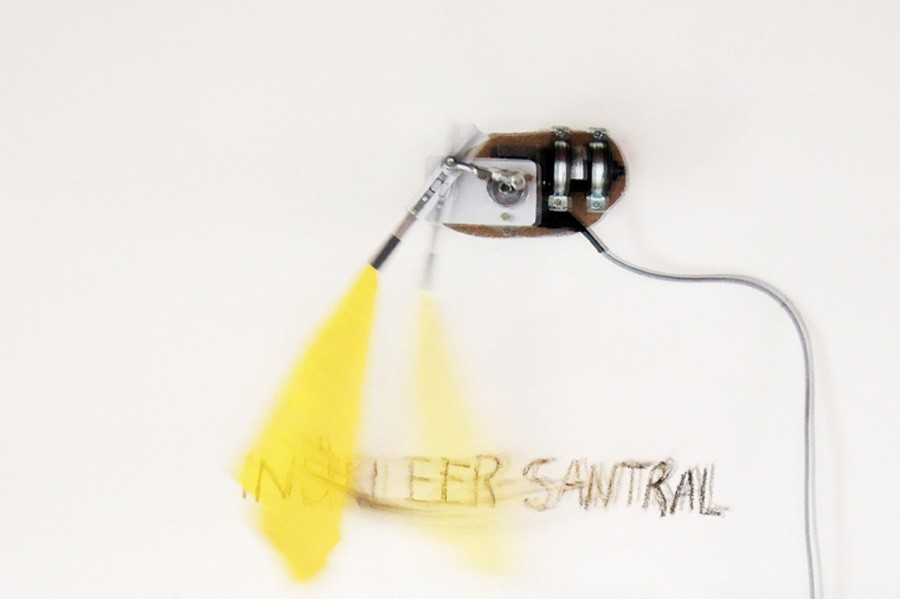 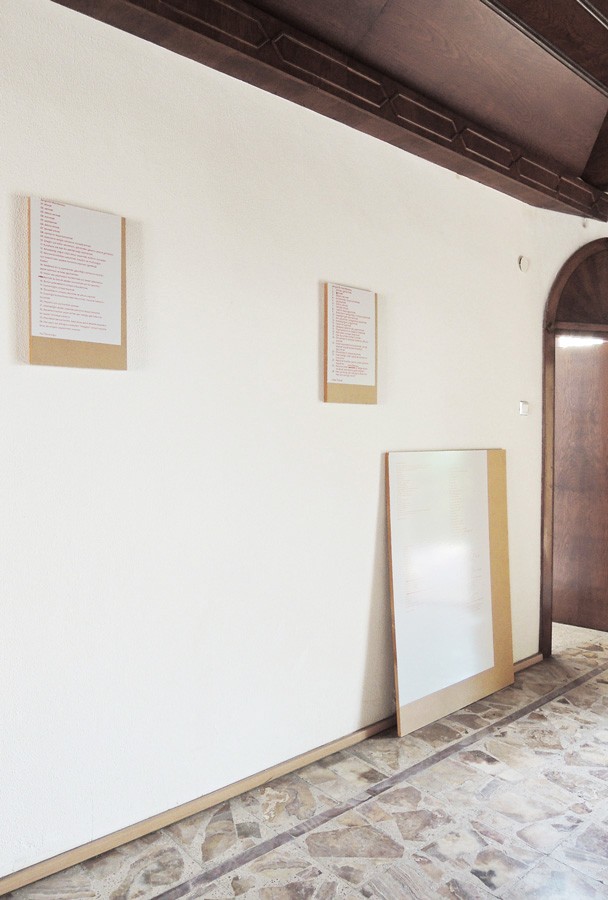 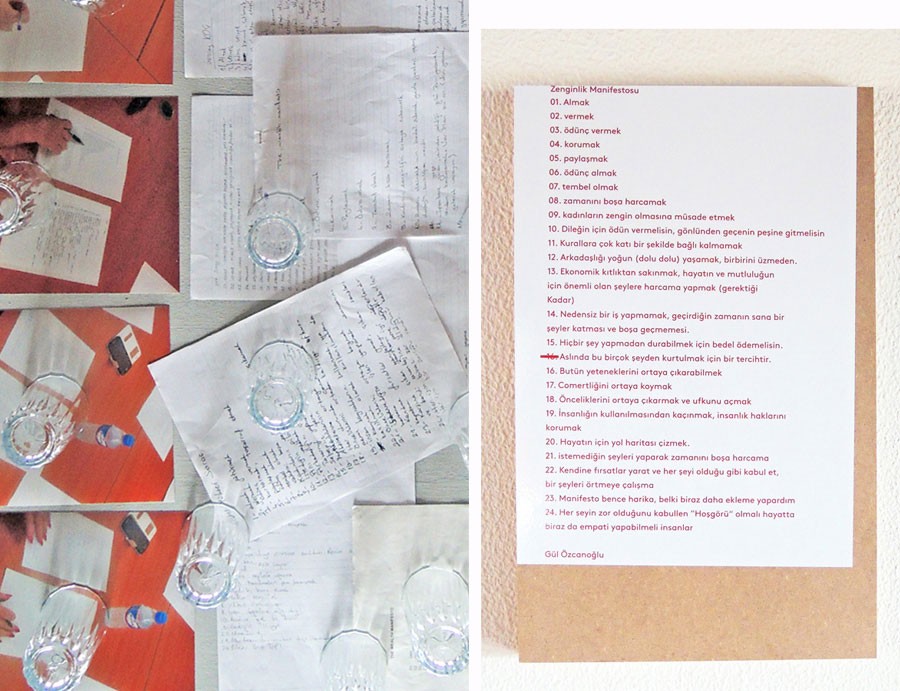 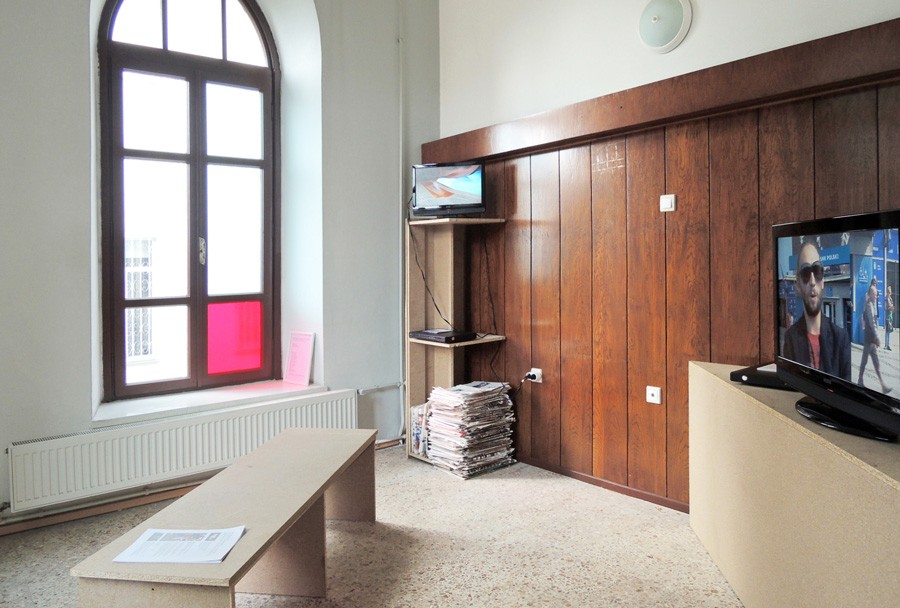