HEALTH COMPLEX beyond Adeline Favre tells a possible story about care and the power of knowledge in medicine. The pictures speak of key moments, of the repression of medical knowledge for women (Middle Ages), of the portrait of Adeline Favre (midwife, transitional figure in a modern patriarchal society, who condemns abortion), up to a portrait of a vulnerable society, which may well be exhausted but is also determined to improve itself (portrait of the artists). For this story RELAX observe, in particular, the uniforms used in the field of care work.

Picture 1
An angel pushes a female doctor aside and at the same time leads a male doctor to the bed of a person requiring care. The picture stands for the forceful removal and exclusion of medical knowledge from women and for the introduction of patriarchal medicine. The angel represents the power of Christianity. Picture reference: videostill from the RELAX video Silvia Federici, on some images of her book Caliban and the Witch, 2015.

Picture 2
Visual emphasis is placed on a traditional costume. It was worn by a young woman, namely Adeline Favre (1908–1983), a midwife from the Val d'Anniviers. Favre was a transitional figure. She was educated in Geneva, had medical knowledge and was consequently the most important person in her village in rural Wallis, alongside the parish priest. In her earlier work (while travelling with a small medical case) she was paid in kind, but at the end of her career she was part of the care staff employed by the hospital in Sierre/Siders.

Picture 3
Two hands wearing gloves frame a picture. It shows Adeline Favre and a monastery nurse, whose gaze is directed towards something that is hidden to us. The scales (an object placed close to the center of the picture) lets us assume that the photograph was taken in the hospital in front of an incubator. The presence of the church in the hospital and the associated implications are clearly visible in the picture.

Picture 4
This drawing shows the Manifesto of the 343 (Le Manifeste des 343), the famous call for free voluntary interruption of pregnancy, which was published in the newspaper ‘Le Nouvel Observateurʼ in 1971. The manifesto was written by Simone de Beauvoir and signed by 343 women. In 1971 free abortion was illegal in France and all the signatory women were threatened with imprisonment. RELAX list their names at the end.

Pictures 5/6
Show representations of a care worker and the patient being cared. Both are wearing simply cut clothing in the same bright blue colour. The boundary between caregiver and patient vanishes, making the vulnerability of the body clear.

The video
Elisabeth Joris (historian, feminist and activist) comments on 4 images while being in discussion with RELAX. She talks about uniforms in the field of nursing and their representative functions in terms of religion, morality and charity, which are gradually losing their form in today’s context of commercially based care. (link to video page)

3 whips hover above everything
The whips refer to self-flagellation (a ritual formerly practiced in monasteries) and at the same time to the use of these objects in sexual practices. 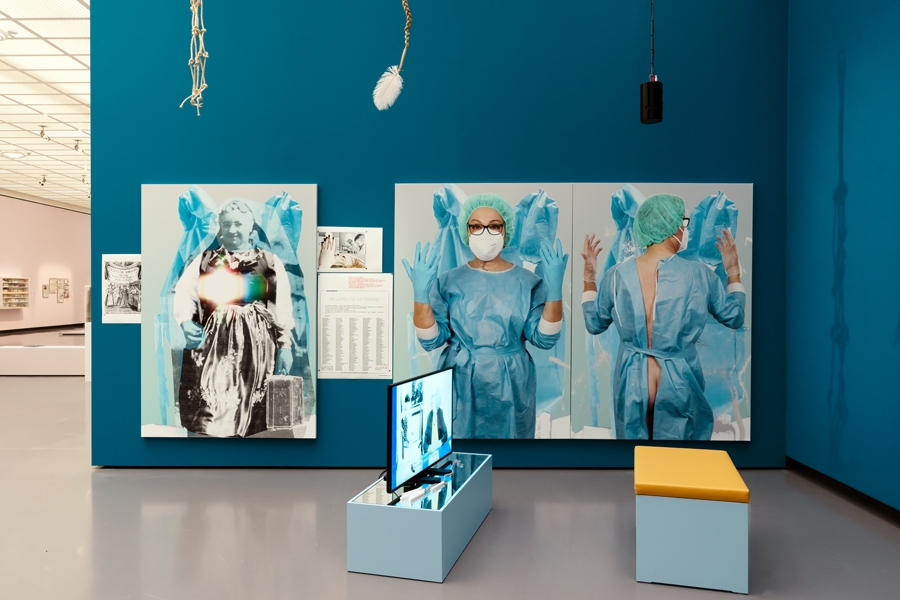 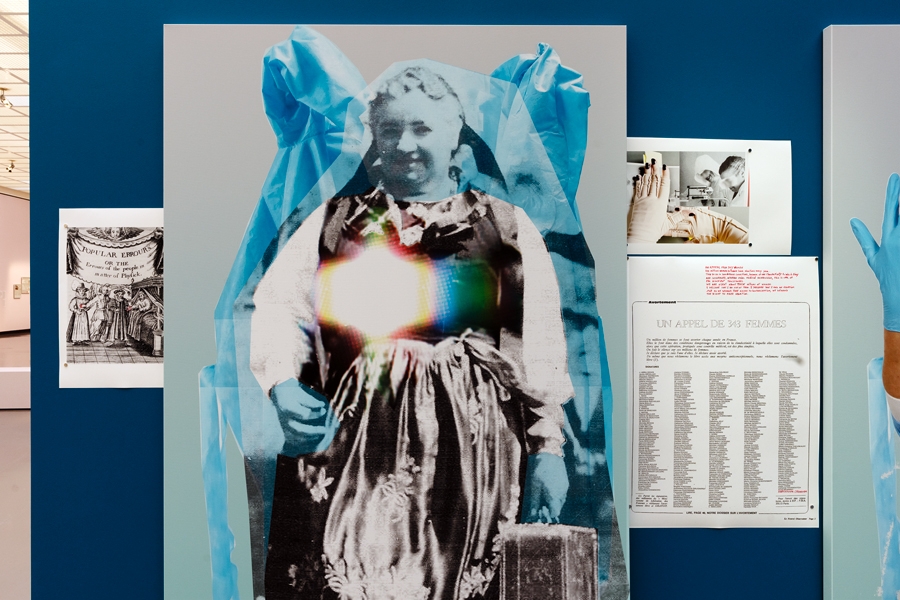 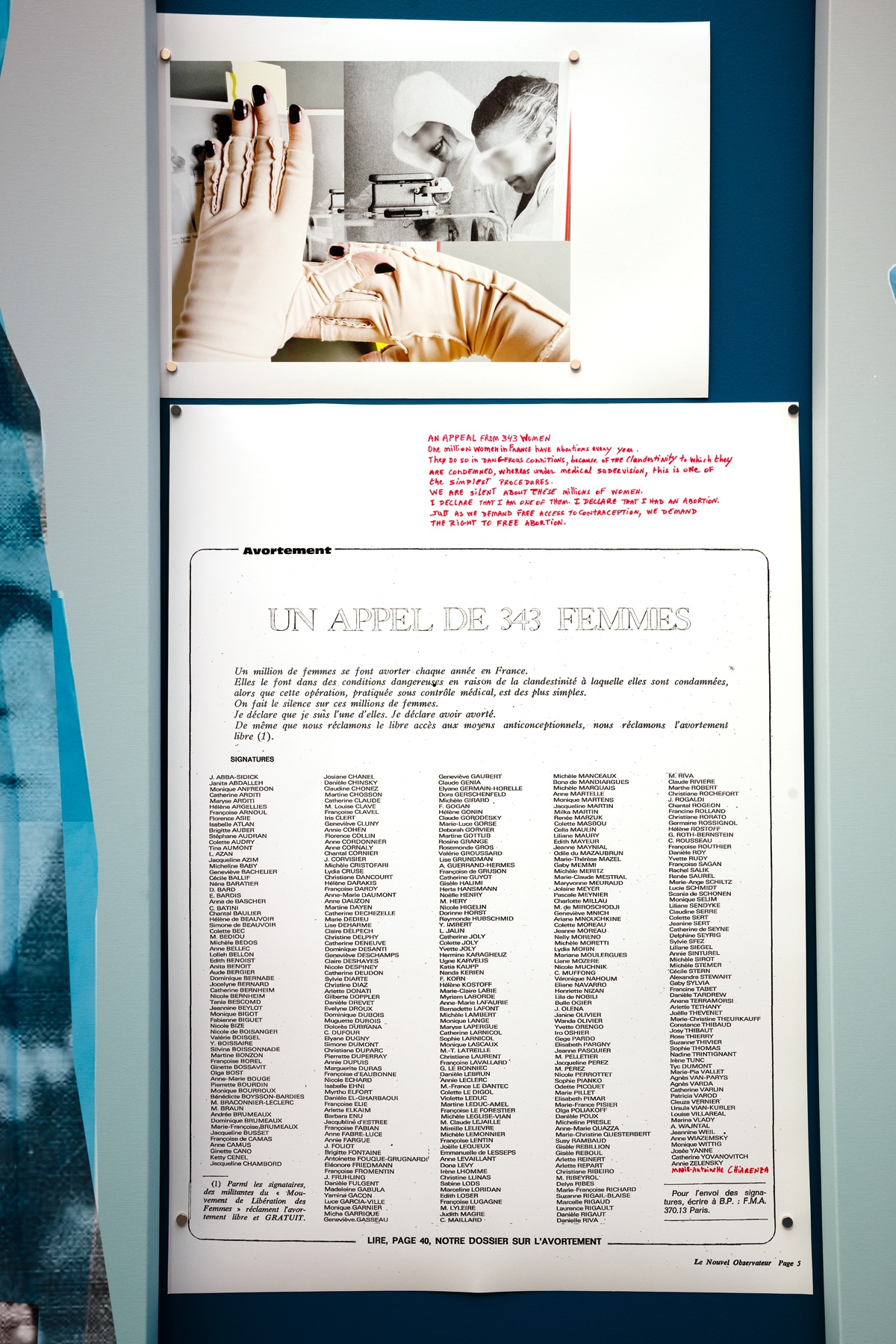 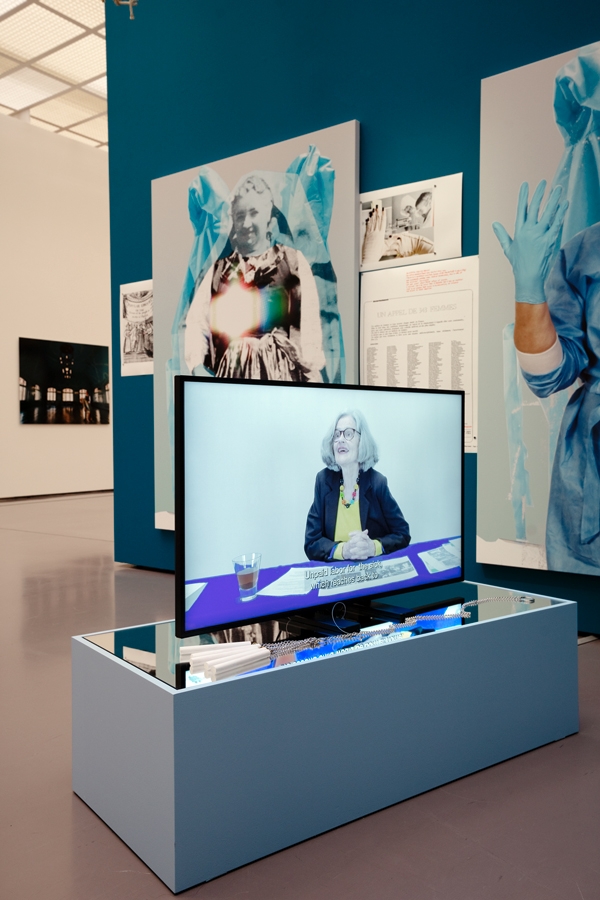 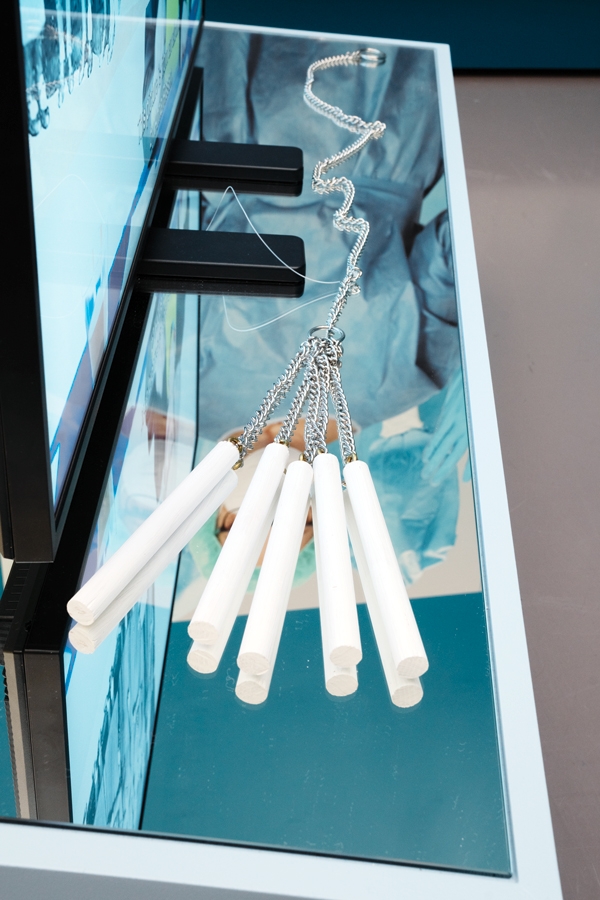 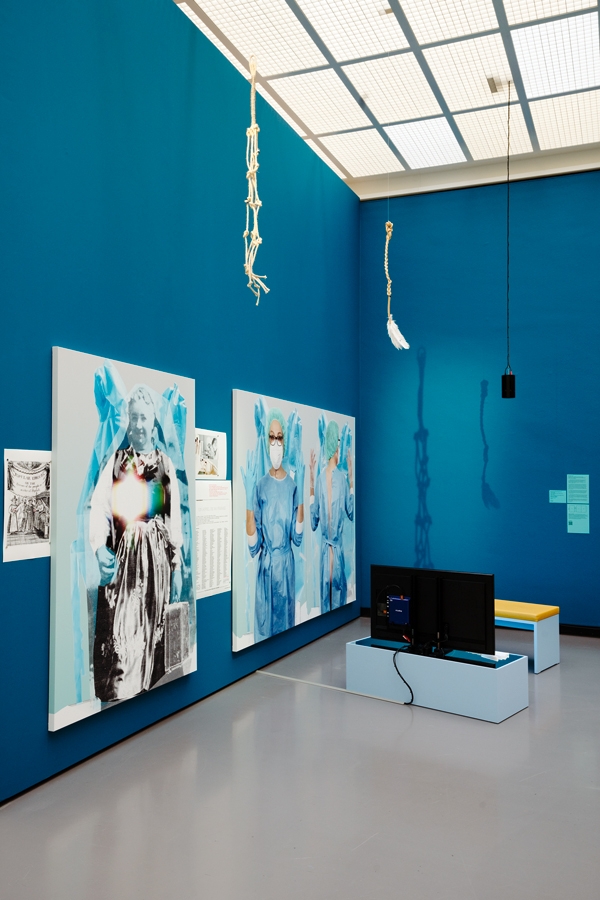