"An especially effective example is the percent-for-art project mangez en paix, esst in frieden (eat in peace) from 1998 for the Swiss Army canteen at the St. Luzisteig armory. The architects fought tooth and nail against any artistic contribution to their building but, in the end, had to bow before Switzerland’s Art Commission, who insisted on upholding the percent-for-art regulation for public buildings. Yet RELAX’s contribution is in every way completely unobtrusive, even innocuous. The inscription “Esst in Frieden” is written in all four official Swiss languages on the clerestory windows that, from the inner side, provide the room with daylight. The letters are large in scale but, printed in white outlines on the glass panes, stand out only very discreetly against the milky tone of the light shining through the windows. Despite this minimal presence, the inscription manages to direct our attention to the space outside and the absurdity of the local situation. St. Luzisteig lies in the most easterly part of Switzerland, shortly before the border to Liechtenstein. And it is exactly this Liechtenstein countryside that the soldiers, when eating in the canteen, look out on through the well-placed windows of the façade. The “Esst in Frieden” inscription on the opposite inside wall counteracts these “picture” windows with a kind of “text” window that verbalizes the Swiss Army’s mental landscape. The army is, after all, a purely defensive one. The Helvetian ethos of neutrality forbids it to lead an offensive war against other countries. As long as Switzerland is not attacked from outside, the Swiss Army is suspended from any kind of military activity, which is its raison d’être and actual vocation. For the soldiers, nothing remains to be done but doing nothing – at least nothing warlike. But what they can do is eat, in perfect peace."

(Excerpt from the text by Ilka and Andreas Ruby, In Search of the Public, in: we save what you give, monograph on RELAX, A project by edition fink through Verlag für moderne Kunst Nürnberg, 2006)
. 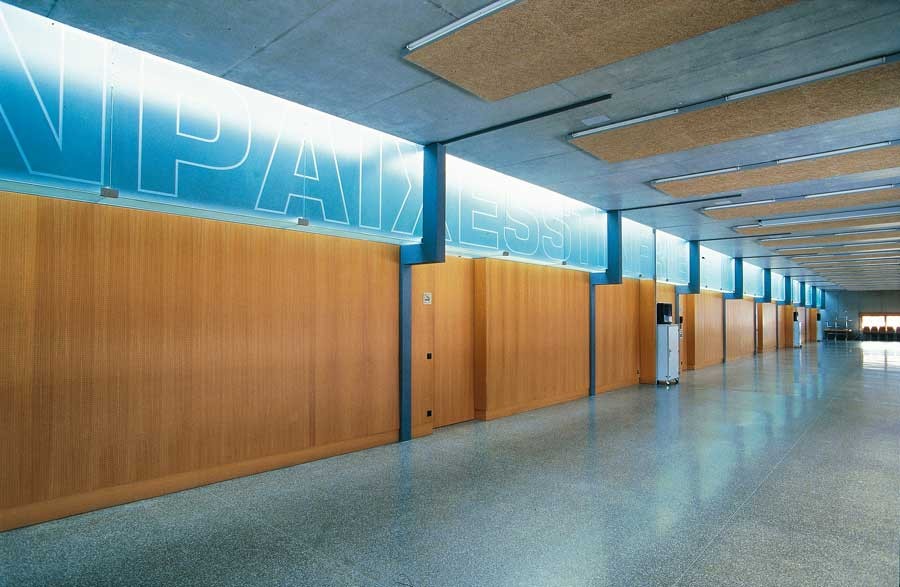 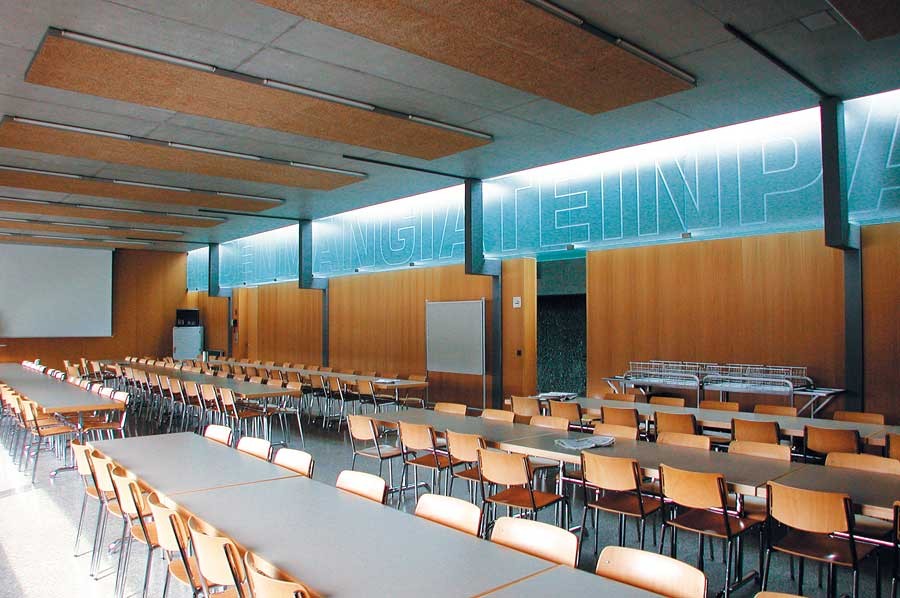