Concept with the architects :mlzd, Biel-Bienne, and Buchner Bründler, Basel. Realization in close collaboration with Kunstumsetzung GmbH, Zurich. As a gift on becoming a UN member in 2001, Switzerland renovated the GA-200 room complex. This serves as a waiting room for state visitors before they step up and face the UN plenary assembly.

The basic concept suggested by RELAX was an open, transparent and horizontally organized room in which the strict rules of protocol and ritualized order and symbolism can unbend. While the architects designed the premises, RELAX developed the Preamble to the UN Charter as a green inscription for the wall, that only very slightly stands out against the green background. The artists upsized the blue UN logo and placed it where the UN General Secretary is photographed with his guests by the press. Twelve inlaid scripts are set into the wall, the carpet, the furniture, the glass wall and the mosaic floor. The letters make up the word “peace” in the six official languages of the UN (Arabic, Chinese, French, English, Russian, Spanish).

Since they are tiny – maximum length is 2.5 cm – and within such a noble arrangement, they first appear as irritating dots, only to be unmasked, literally, as gems. They are beset with diamonds, embossed in yellow or white gold or formed from precious wood. Peace is costly. Its actual extension is repeatedly cut off by the military procurement of precious raw materials – often enough by UN member states themselves to support their own economic system. 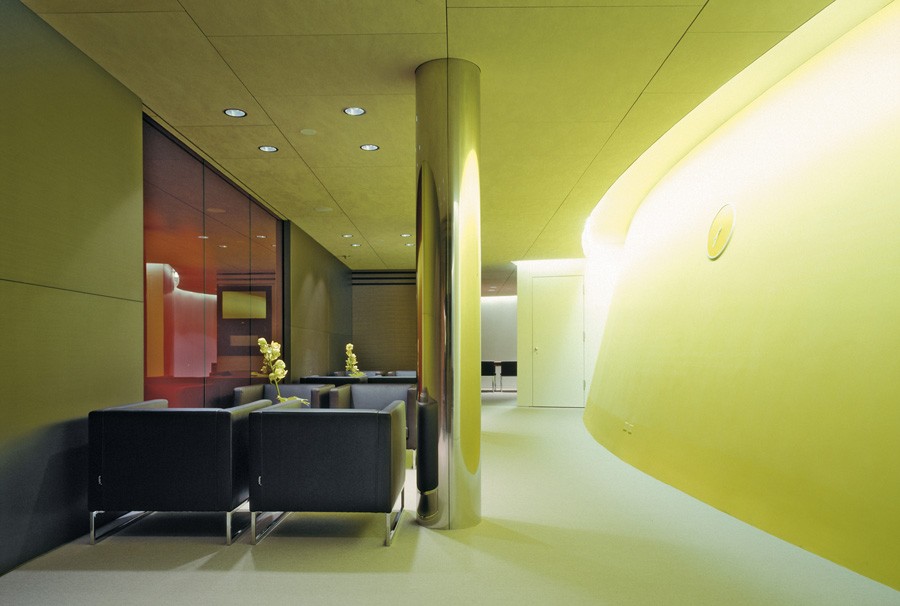 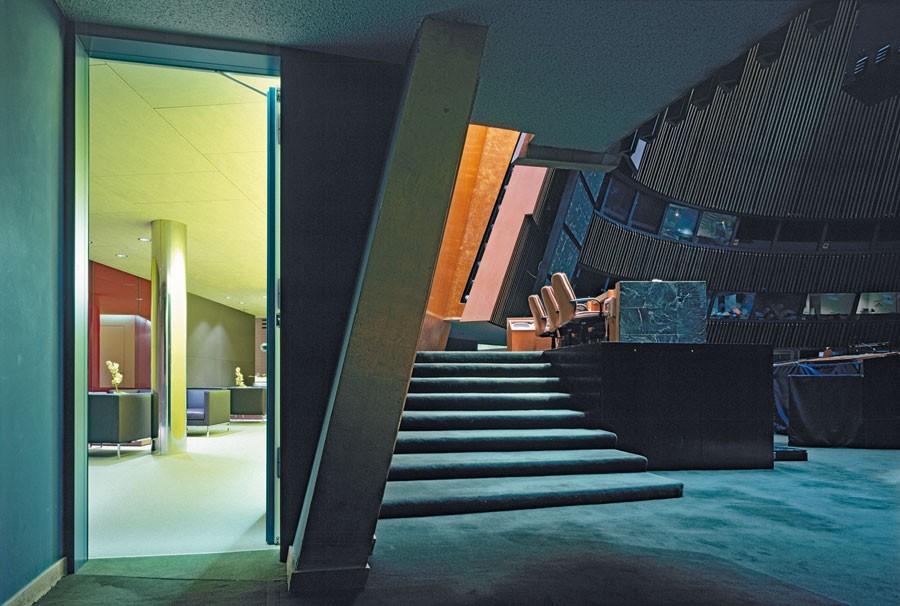