The sound installation with 13 voices is plugged in the loudspeaker-system of the stadium (laughter and weeping). Time: 3‘. It can be heard once a day at noon and before and after every big event (soccer games, athletic meetings, etc.). The sound starts on the playing field and moves spirally outward to the periphery of the stadium. The installation uses all the loudspeakers mounted underneath the oval stadium roof. The laughter and weeping voices are emitted by 13 persons. Some of them are regionally known in Switzerland and some of them internationally for their activities in sports, in the visual arts, pop and rap music, poetry slams, theatre, radio- and TV-shows. Others just live next to the stadium or work at the stadium. Finally there are the voices of the new stadium’s two architects. The sound spiral ends with their laughter.

The sound installation responds to the main theme proposed by curator Susann Wintsch, which is the moment of cathartic impact as described by the Aristotelian vision of drama theatre. Participants (laughter and weeping voices): 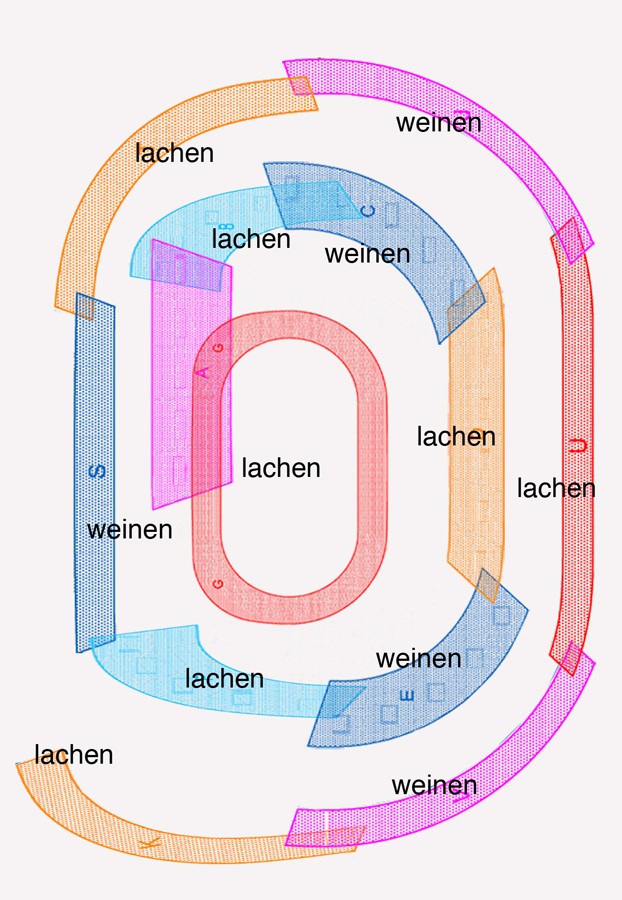 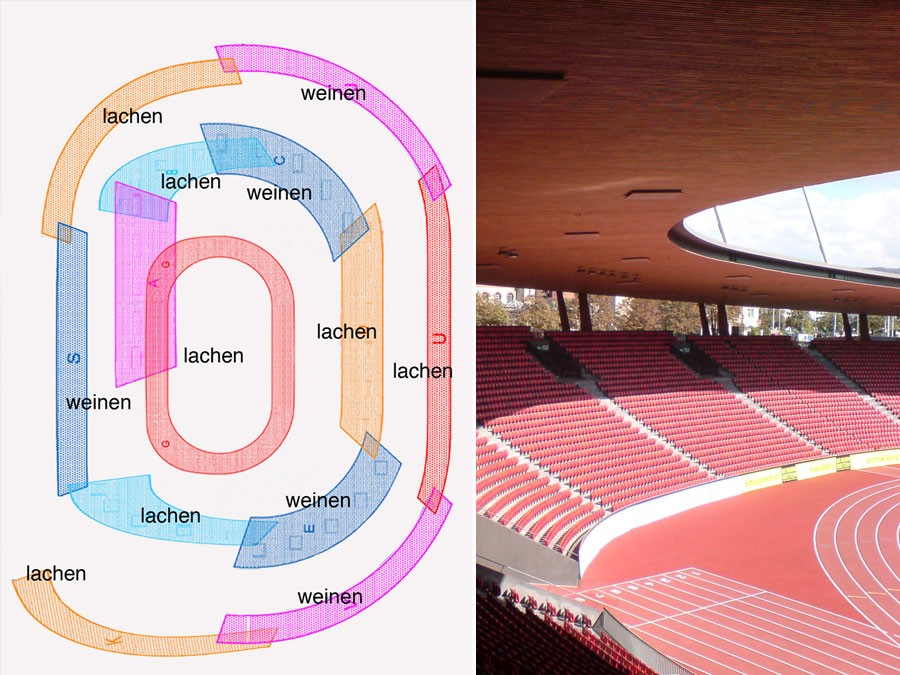 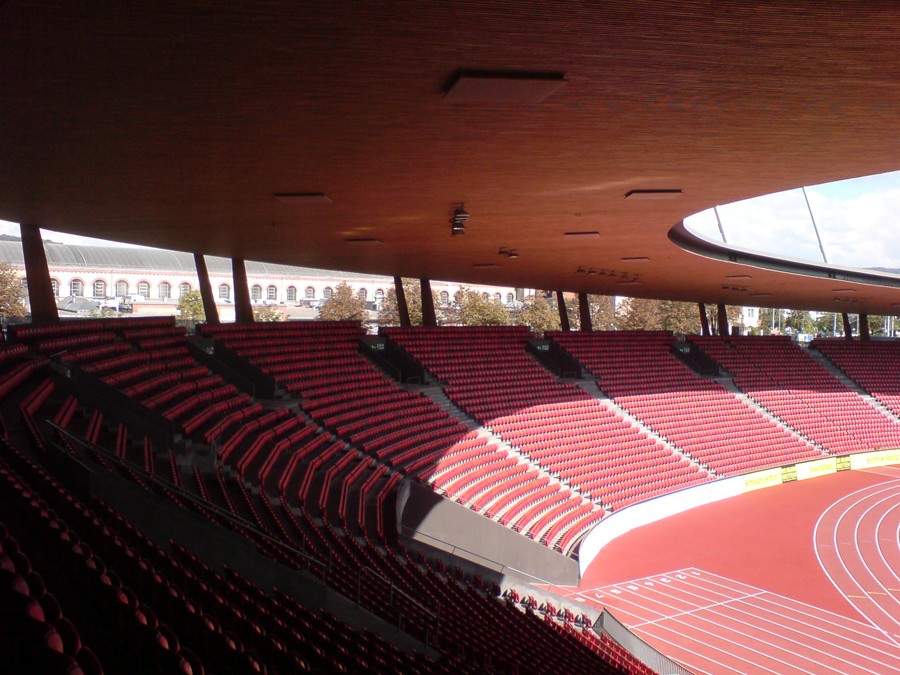