„tous les corps sont permis“ is a French sentence which means: all kinds of bodies are allowed or admitted. The same sentence is also an allusion to another sentence which is: „tous les coups sont permis“ (all sort of blows are allowed, even those below the belt). The wall text takes up the entire length of the main wall in the entrance area; it starts next to the entrance door and goes to the corner of the building where two streets cross.

At a distance the text may be visible but is never completely readable, mainly because of the large staircase which traces a diagonal line across the wall. This feature is crucial for the work. It avoids a linear reading of the words. And the pillar of the staircase hides parts of the word „corps“ and leaves the possibility open as to whether the hidden word might be „corps“ or „coups“. The text placed on the wall behind the staircase also avoids it becoming a sort of logo of the architecture or an authoritarian claim.

The sentence operates like an interface that connects nonlinear perception with the imagination of the passers-by and the users of the building. Finally the wall text also relates to the surroundings of the building. The new sports hall is situated in a developing zone where a postindustrial wasteland and new office and apartment buildings as well as new streets, traffic and a loud music club from the 1970s clash. The nonlinear reading of the text recontextualizes the urban development and the life in the city.
. 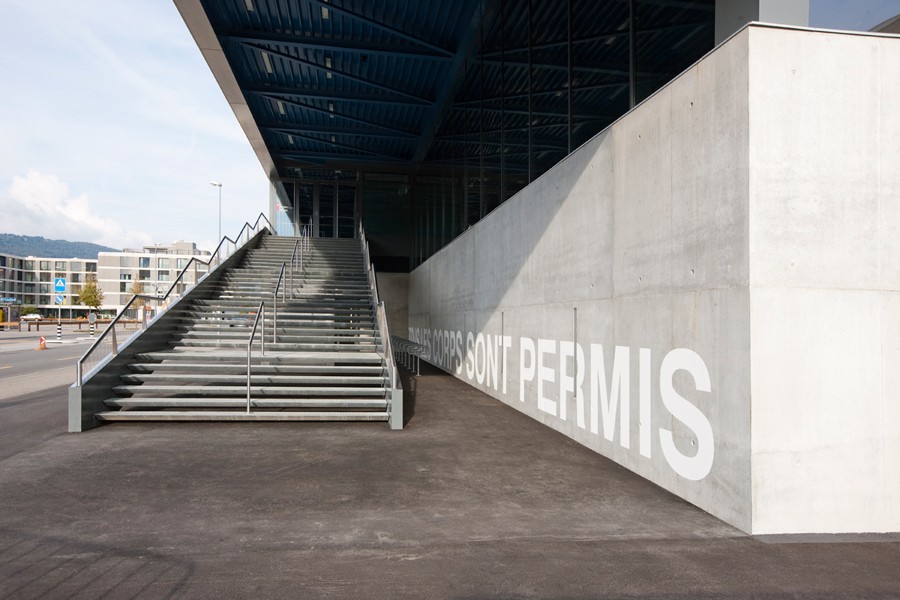 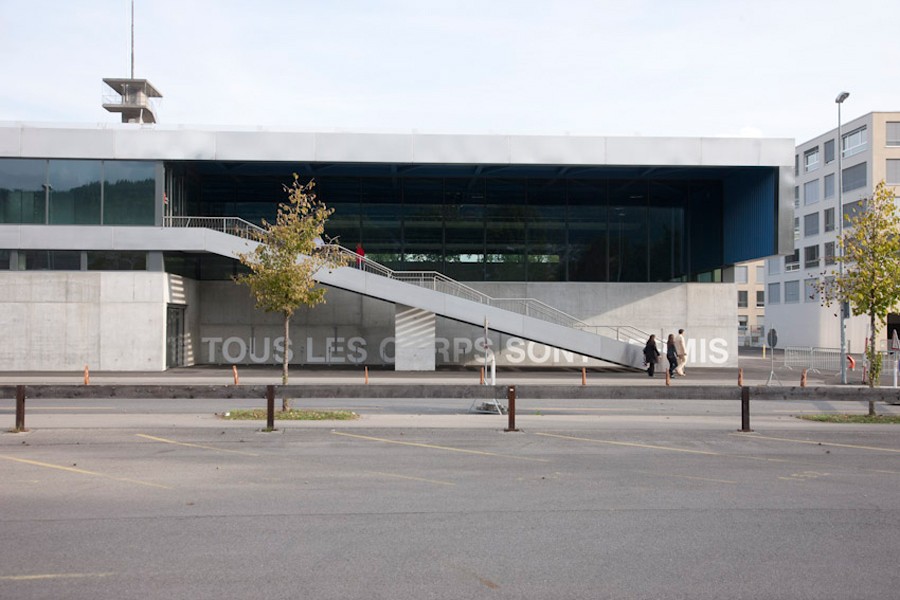